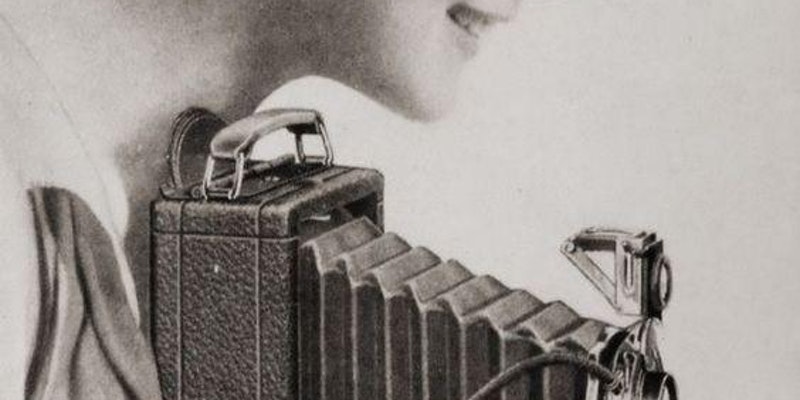 As a lingering memory of the First World War, on the 15th November 2017, an event composed of three different parts, photo exhibition, conference, and a debate has been organized by “European Projects Association” in collaboration with the “Royal Institute of Cultural Heritage (KIK-IRPA)”. This very Conference – Debate « Paula Deetjen, photography and art exhibition in 1917 » intended to merge elements such as art, photography, and gender equality. The conference did not only focus on already mentioned three elements but also on an international view regarding German occupation affecting Belgian art and heritage.

As a part of “Europe for Citizens” cofounded project named “European Horizons of 1917-Importance and Lessons Learned”, implemented from 7 European and Balkan countries, aimed to recall how the past events related with 1917 triggered the creation of many fundamental European values. This very conference was organized to guide the participants to a deeper understanding of the value of peace and the European Union which for over 70 years has prevented the creation of new armed conflicts.

The conference took part in one of the most famous and fancy locations in Brussels “Halles Saint-Géry” - an old covered market located in the center of Brussels, in the heart of a district steeped in history. Les Halles Saint-Géry is dedicated to what has made and continues to distinguish the Brussels-Capital Region. The institution that manages it, has the mission to enhance features of the Brussels living environment and its urban identity. It contributes to the knowledge of tangible and intangible heritage.

The conference started on the underground floor with more than 60 people passionate about the topic, representatives of NGO’s and associations working in the field of art, photography, and gender equality. The opening speech was held by Frederic Fabre, the Secretary General of “European Projects Association” who explained both the concept and the objectives of the project. European Projects Association has been created in 2008, in Brussels, the heart of the European Union. The Association is an expert in development, implementation, and dissemination of European projects.

Immediately after him Christina Kott, Senior Lecturer at Panthéon-Assas University Paris 2, Principal Investigator of the IRPA project “Les clichés allemands (1917-1918). Le patrimoine artistique Belge à travers l'objectif de l'Occupant The German” started the Conference speaking for the woman emancipation and the first activist that was fighting for it. Women like Virginia Woolf, an English writer that through her books was engaged in the struggle for equal rights between the two sexes. Although, the woman, the work which is in focus in this conference is Paula Deetjen, this anonymous artist in the history of photography. She was one of the few women parts of the German delegation composed of 30 persons that were committed to the inventory and the scientific study of Belgium cultural heritage during the WWI. Paradoxically it was thanks to the Germans occupier that in Belgium started a process of inventory that in neighboring countries like France started in the mid of 19th century. During her speech, Christina Kott traced the footsteps of Paula Deetjen back to the war era to remind the imprint and memories lingering in the society to the present day.

Werner Adriaenssens, curator of collections of the 20th Century at Royal Museums of Art and History, professor of Decorative Art at VUB, Brussels, was another important speaker. He explained the reasons behind the ”booming” in art market during 1917 and the growing role of female artistic work.
One of the most remarkable artists was Anna Rosalie Boch known for her impressionist style, owner of the most important collections of impressionist paintings of her time. She promoted many young artists including Vincent van Gogh.

Furthermore, the second part of the Conference was conducted naturally. The Debate itself lasted over 30 min covering different topics and interactions from the participants, such as asking various questions and engaging themselves with the event speakers.

At the end of an interactive debate, all participants and speakers moved to the ground floor for networking and a cocktail event which lasted for 2 hours, surrounded by the photos of Paula Deetjen, provided thanks to “Royal Institute of Cultural Heritage (KIK-IRPA)”. The sense of this photographic exploration lies in the profound contrast between the sacredness of a tragic human epic, of a war that caused more than 18 million dead and 23 million injured – and the German occupiers initiative for a photographic and technical documentation of the cultural heritage of Belgium. In a friendly atmosphere, participants exchanged contacts and impressions related to the Conference and photos exposed.

At the end of the conference, we spoke with some of the participants asking for their opinion and the impressions gained during the conference. Sara, a young student of Social Science commented: “I saw for the first time a different perspective of the First World War, how it changed the society and the role of the women within the society, helping them become more independent and relevant not only in their four walls but even in the working place!”. Another participant was impressed by the artistic development of the period. The impression of Marc, owner, and creator of an art gallery in Brussels commented: “The war, not only for propaganda reasons, was an extraordinary source of inspiration to many artists. It is evident how the spectacle of war and the overwhelming vision of a battlefield have aroused a set of impressions, emotions, symbolic suggestions stimulating artistic.

Lastly, we would like to thank and show our appreciation to the participants and the speakers for being part of our cultural event and make it a successful meeting. We are looking forward to organizing more events of cultural nature like this.