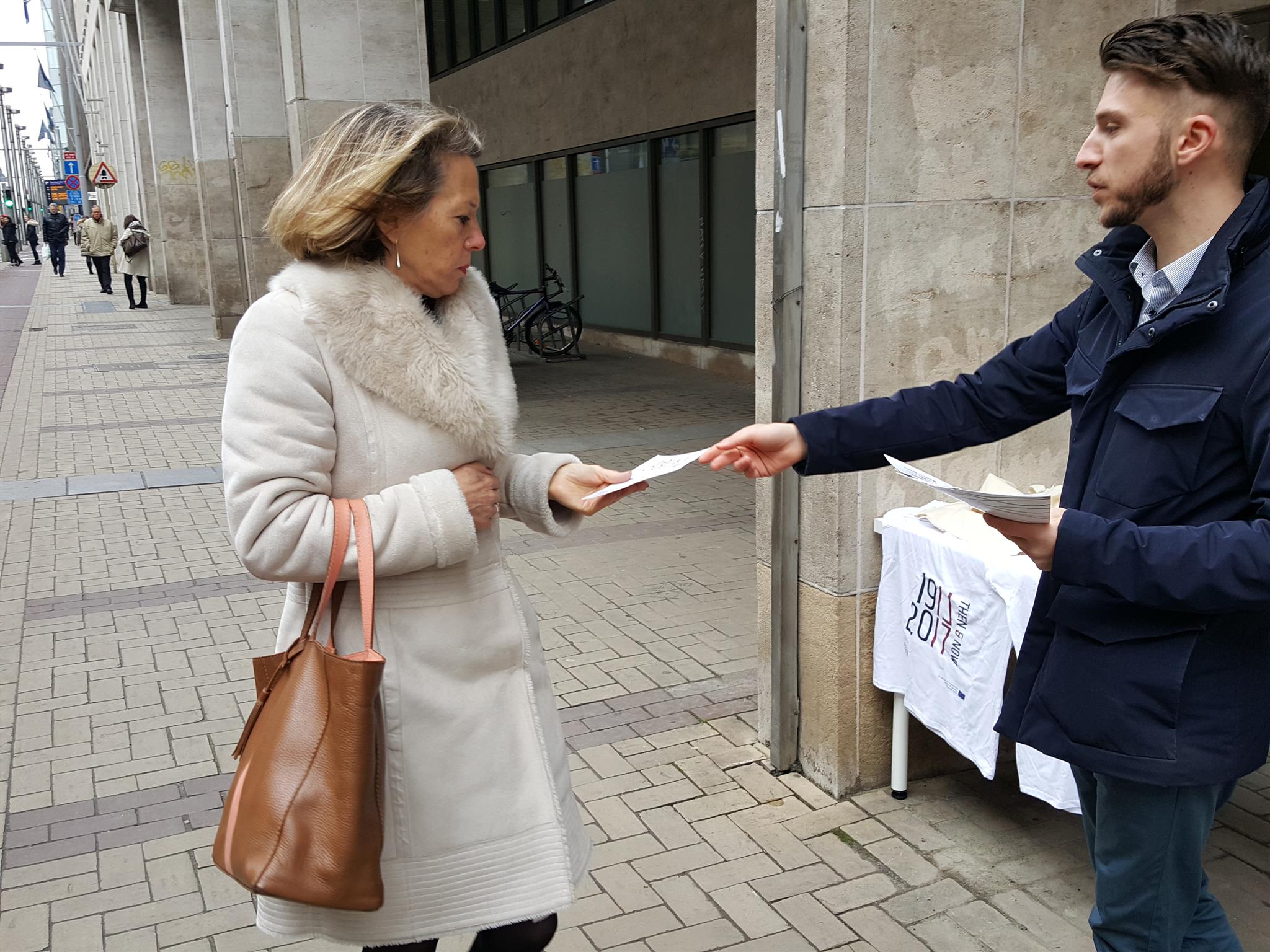 The face-to-face campaign was essentially developed through the awareness days we organized spreading the word on the street. A total of 3 days (February 20th and March 05-06th)  were organized by our team that has, for example, a stand in a Brussels street with the distribution of flyers and gadgets provided by CDT. This allowed us to distribute information about the project and its historical challenges to more than 300 people and to initiate conversations about the project’ concerns with most of them. Two other events of this kind are planned for September and October 2018. An EVS meeting is also planned at the end of August to raise awareness about the project and the promotion of the movie made by CDT.

The intended audience is heteroclite. Indeed the flyers and gadget distribution campaign took place in a park close to the European institutions and a popular district of the municipality Etterbeek, allowing us to target different generations of age from different social classes.

Brussels is one of the most cosmopolitan cities in the world we have reached an international audience and discuss international cross-cutting issues.